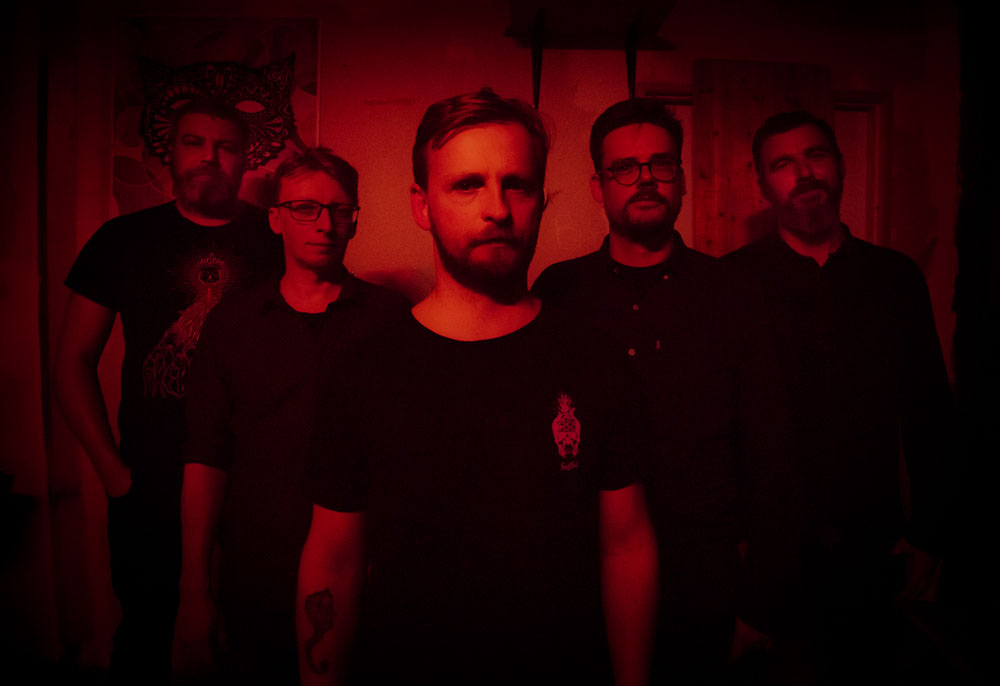 Somewhere in the neverland between post-rock/metal, shoegaze and psych infused doom, Late Night Venture has cultivated their very own mix of 7 string drop-tuned riffs, blasting dystopian drums, vocal elements ranging from a quiet whisper to screams of desperation and the integration of unearthly synths and field recordings. Thus the music of LNV can be described as the soundtrack to a post-apocalyptic yet beautiful dream.

Having spent more than a decade recording, continuously evolving their sound and touring, – including slots at Dunk! Festival, Copenhagen Psych Fest, A Colossal Weekend etc and sharing stages with the likes of This Will Destroy You, Ufomammut, Bossk, Toundra and many others, the current edition of Late Night Venture is a highly experienced, efficient and mesmerizing live act.

LNV’s 2019 album SUBCOSMOS released through Czar of Crickets prod. (Sum of R, Zatokrev, Minsk etc) has been highly praised by critics and fans from all over for it’s poetic and complex yet “in your face” post-metallic outburst